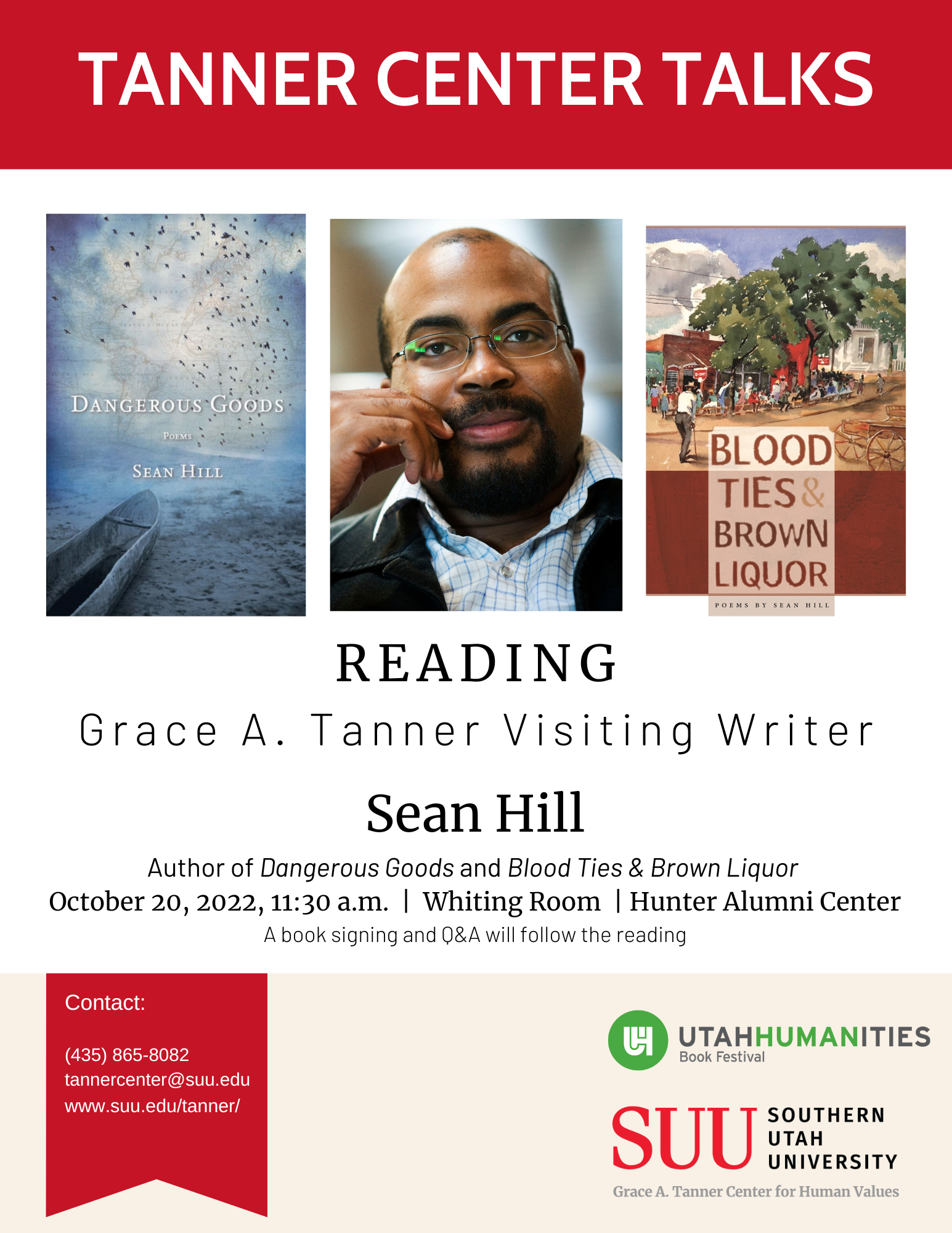 SUU: Grace A. Tanner Visiting Writer Sean Hill reading will be at 11:30 am in the SUU, Whiting Room, Hunter Alumni Center (351 W University Blvd, Cedar City). Admission is FREE and everyone is invited to attend.

Born and raised in Milledgeville, Georgia, Sean Hill is the author of two poetry collections, Dangerous Goods, awarded the Minnesota Book Award in Poetry, (Milkweed Editions, 2014) and Blood Ties & Brown Liquor, named one of the Ten Books All Georgians Should Read in 2015 by the Georgia Center for the Book, (UGA Press, 2008). Hill has received numerous awards including fellowships from the Cave Canem Foundation, the Region 2 Arts Council, the Bush Foundation, Minnesota State Arts Board, The Jerome Foundation, The MacDowell Colony, the University of Wisconsin, a Stegner Fellowship from Stanford University, and a Creative Writing Fellowship from the National Endowment for the Arts.Hill’s poems and essays have appeared in Callaloo, Harvard Review, New England Review, Orion, Oxford American, Poetry, Tin House, and numerous other journals, and in over two dozen anthologies including Black Nature and Villanelles. His poems have also been featured as part of the Academy of American Poets’ Poem-a-Day series and on The Slowdown podcast when hosted by former U.S. Poet Laureate, Tracy K. Smith. And a volume of poems selected from Blood Ties & Brown Liquor and Dangerous Goods has been translated and published in Korean.Hill has served as the director of the Minnesota Northwoods Writers Conference at Bemidji State University since 2012. He is a consulting editor at Broadsided Press, a monthly broadside publisher. He has taught at several universities, including at the University of Alaska – Fairbanks and Georgia Southern University as an Assistant Professor. Hill lives in southwestern Montana with his family and is an Assistant Professor in the Creative Writing Program at the University of Montana.