All aboard for another Cedar City Walks!

This time we’re stepping back in time with a tour of important points of interest in Cedar City that are all linked to one important event.

The day the railroad came to town in 1923 was an important day for Cedar City. With the introduction of the railroad, Cedar City became the Gateway to the National Parks. The train was important in transporting tourists into Cedar City, where they would begin their journey with the Utah Parks Company to nearby national parks. It was also vital to the mining and agriculture industries in Cedar City in moving the goods produced.

Perfect for an afternoon or evening stroll, download your copy of the Cedar City Walks Railroad Tour using the button below.

For a guided tour, follow along with our media manager, Wyett, in the video below! 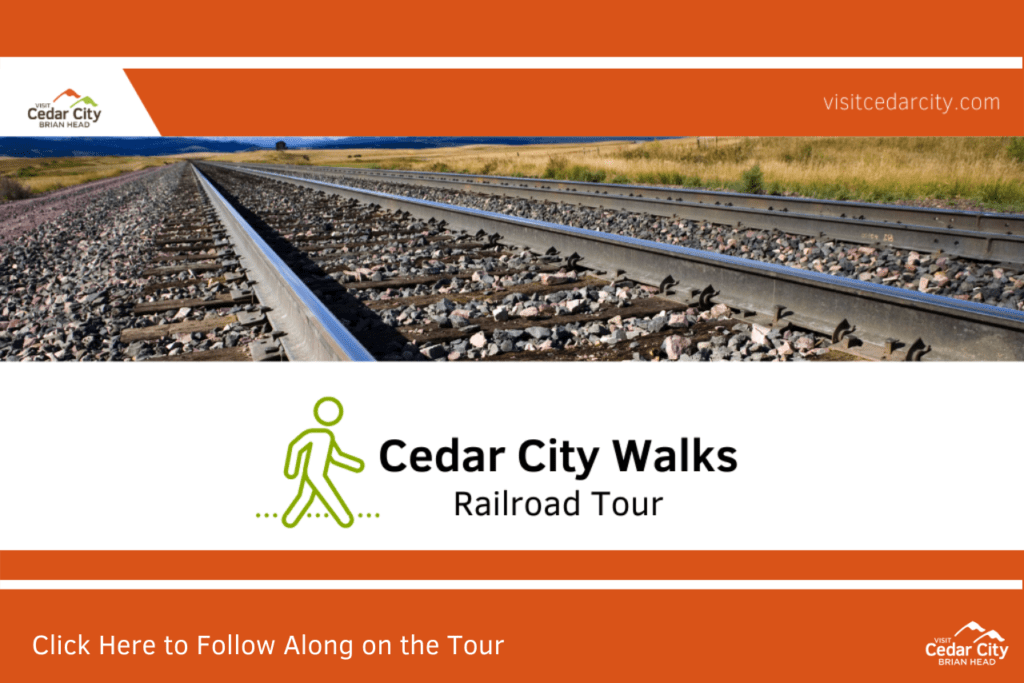 This caboose provided the train crew with shelter and working space while they threw switches and inspected for problems along the railway. You may notice a small office setting inside where the conductor used the caboose for filling out various forms and reports.

The caboose was donated to the Frontier Homestead State Park in 2013.

In the early days of National Park tourism, visitors rode buses to the parks from Cedar City, UT after the 35-mile railroad spur off the mainline from Lund was finished in 1923. These buses featured convertible tops (for better viewing of the park’s spectacular scenery) and were run by the Utah Parks Company. This building was home to 40 eleven-passenger buses that were used for touring “The Grand Circle” which included: Bryce Canyon, Cedar Breaks National Monument, the North Rim of the Grand Canyon, Pipe Springs National Monument, and Zion National Park.

During a recent upgrade to the Best Western Plus hotel, the owners wanted to pay homage to the history of the location. The Depot and passenger area for the Union Pacific rail line spur in Cedar City, it was the ideal spot for this rail crossing sign that was original to the property and preserved for generations to enjoy. The mine car was used in iron mines west of Cedar City.

Click the image to the left to see a video about the Union Pacific Railroad Depot. 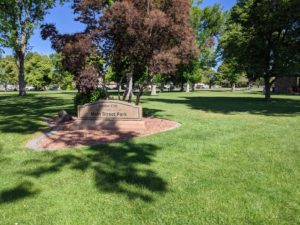 Established in 1886 and originally known as Liberty Park, Main Street Park has played many roles in the history of Cedar City. The first City Hall once stood on the southwest corner of the park and after WWII, the grounds became a makeshift campground for National Park visitors traveling by automobile rather than train. Nowadays, the park serves as the hub of historic downtown and hosts many festivals throughout the year. 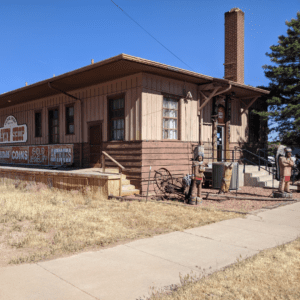 This building served as the headquarters for the Utah Parks Company. All supplies, accounting, maintenance, and hiring for the UPC were coordinated through this office. With supplies for the various operations arriving by train to then be shipped to the parks by truck, this building was always abuzz with activity. 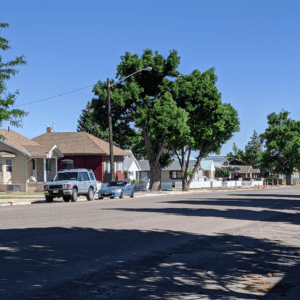 As you walk this portion of the Railroad Loop you may notice a row of houses that seem to have been built with a similar style. This section of town was developed to help house the many workers of the Union Pacific Railroad and their subsidiary, the Utah Parks Company. 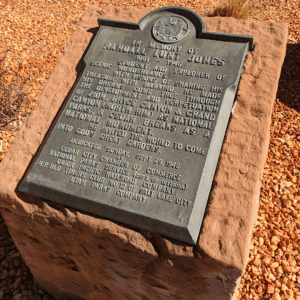 Randall L. Jones worked with the Utah Parks Company, Union Pacific, and the National Park Service to share the beautiful scenery of Southern Utah through his colored illustrated lectures on southern Utah’s national parks and monuments. His work shared these scenic attractions with the world.

Looking for a few bonus stops along the way?

After checking out the Southern Pacific Caboose, stay and explore the rest of the park! With a large carriage collection and several historic structures throughout the grounds, there’s a lot more to see than just the caboose.

The building that was once the Union Pacific Railroad Depot is now home to an incredible local bakery and ice cream parlor! Stop by and grab a treat or a cone before continuing on the tour.

Right next to the Cedar Post pawn shop (former Utah Parks Commissary building) is Cedar City’s only nano-brewery and Utah’s only Black Owned brewery! Policy King’s has incredible brews and a great atmosphere that makes it the perfect place to relax.

Whether you're out and about or wanting to view some incredible artwork from home, th...

Cedar City is connected by a network of paved walking trails that intersect neighborh...