Cedar City’s Main Street is full of stories and we invite you to walk our historic downtown while exercising appropriate social distancing. Be sure to observe the many historic buildings that have been preserved along with their beautiful architectural details. There are several bronze statues and monuments that tell unique stories of our citizens.

Click the link, where included, for a quick entertaining video about that location.

Rail travel proved pivotal for Cedar City, bringing Hollywood to town for southern Utah’s vast landscapes as backdrops to film and as a jumping-off point for visitors enjoying Southwest’s national parks, Learn how the railroad led Cedar City to became America’s “Gateway to the National Parks” by watching the video below.

Once located at 199 North Main Street

During the golden age of rail tourism in the American West, Cedar City’s El Escalante was the gateway to Utah’s natural wonder. Sadly, the grand hotel was torn down but its history is relevant to Cedar City’s prominence internationally an international tourism destination, learn more by watching the video included below.

Richard Harrison arrived in Cedar City in 1851 among the community’s very first settlers. Here he helped establish the Iron Mission and organize a company for the making of Iron.
He was superintendent of the Iron Works, helped design and build the original furnace, and on September 30th, 1852, presided over the manufacture of the first iron from iron ore in Utah. 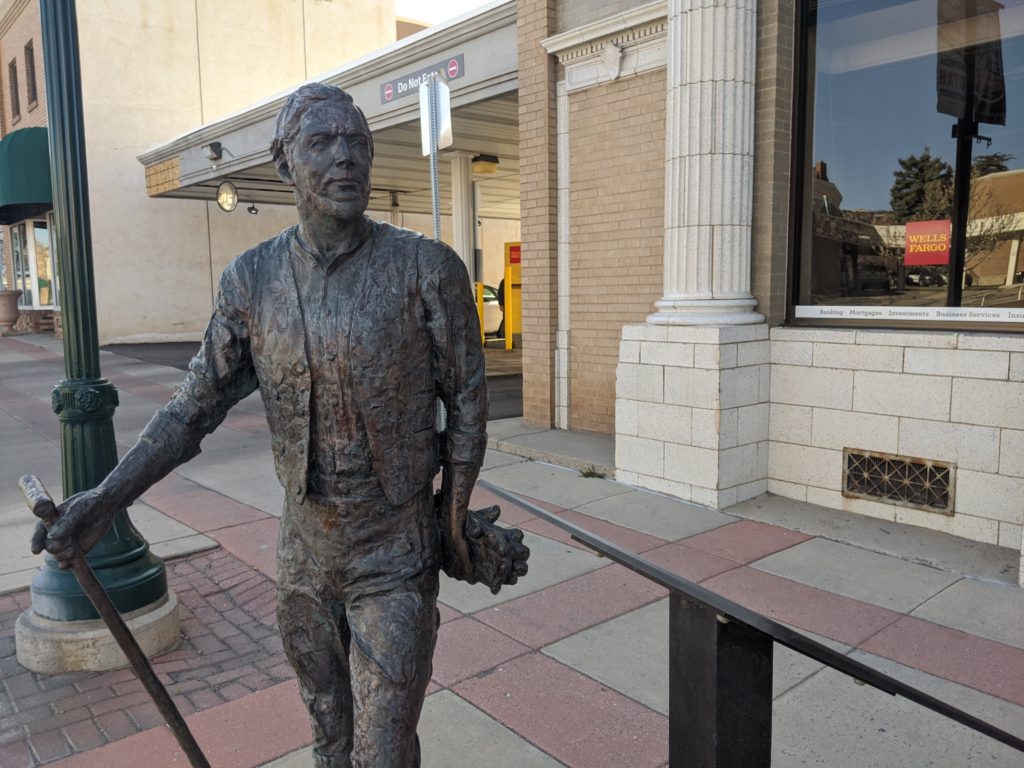 The Bank of Southern Utah

The reality of the Great Depression really hit home in Iron County when the Bank of Southern Utah was forced to close on Christmas Eve in 1931. The tenaciousness of the residents in reopening its one and only bank is a testament that the people of Cedar City always put their community above self. See their story in the video below.

Francis Webster was an early merchant in Cedar City. One of the stalwarts in the monumental effort to build the first building (Old Main) at what is now Southern Utah University, he was a member of the Building Committee and is credited with playing a crucial role in persuading townspeople to participate in the undertaking. 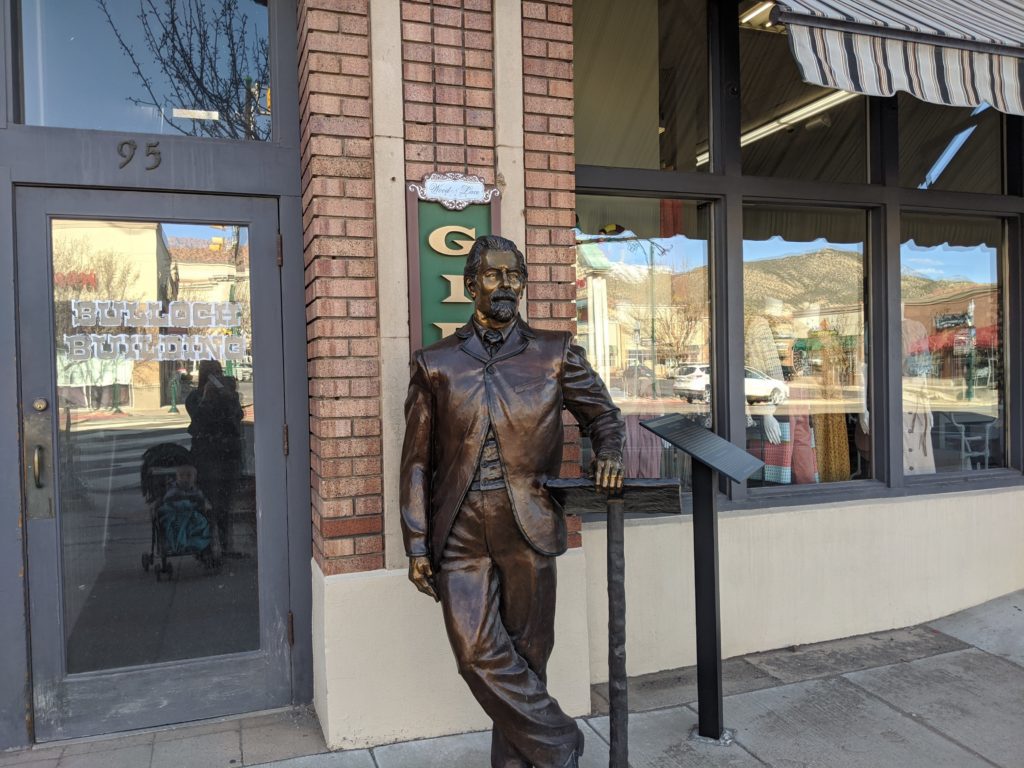 Established in 1881, members of the Cedar Sheep Association turned their sheep and land to the organization so that in return they could draw supplies, food, and staples from the store. 1917, a new building was built south of the original store with an archway opening between the two buildings that you still see today. The upstairs was occupied by doctors and served as Cedar City’s first hospital. In the 1960’s it was converted into a soda fountain and drug store, which is its primary use today. 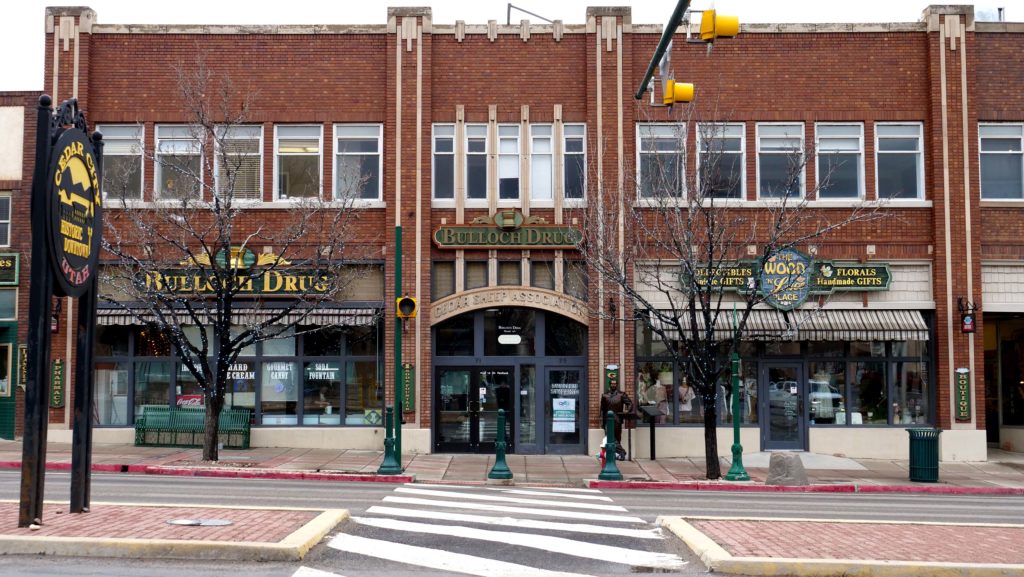 Fighting a blinding blizzard, Henry Lunt led 35 Mormon settlers to found Cedar City in 1851. After helping with the settlement of Parowan, Lunt was sent with the settlers 15 miles south to start the town and iron mining operations. He kept extensive journals of his experiences. 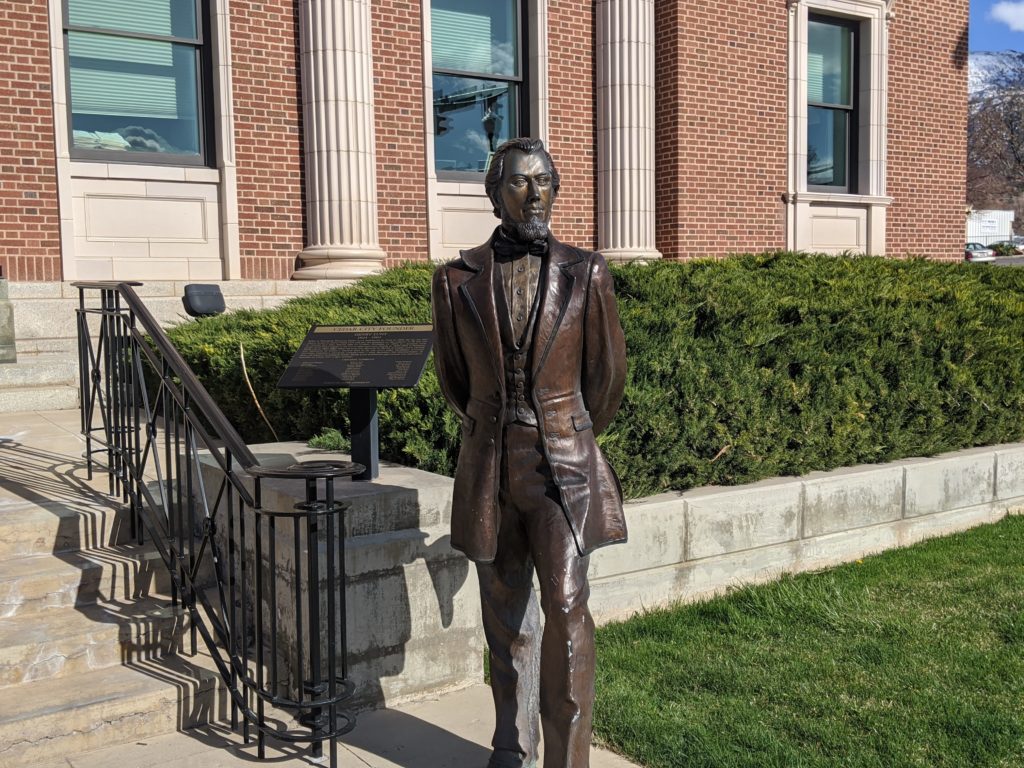 During the turbulent 1920s, the US Government promised Cedar City a needed Federal building and post office. The Chamber of Commerce campaigned for the building to be located in the downtown to bring residents and shoppers into the area. A site was selected but to much chagrin of many locals as it also meant that the Tabernacle built by the LDS church would have to be torn down. The businessmen won out and the Tabernacle was razed. The building’s clock tower was preserved and placed in the Rock Church steeple which was built at the same time next door. Today the Old Post Office serves as the City Offices and Police Station. 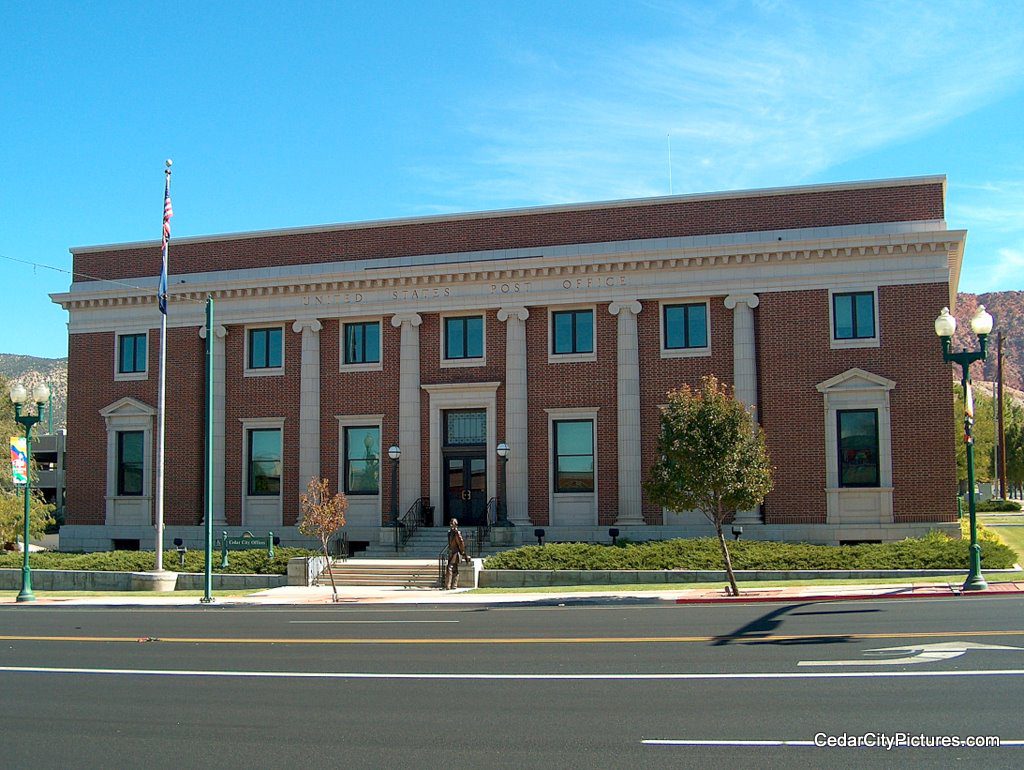 Cedar City’s Rock Church is a shining example of the resourcefulness and fortitude of residents during the Great Depression. LDS Church leaders felt it pertinent to build a new church building since their Tabernacle Building was being torn down to make way for a new post office. The new church would serve as a place of worship and community gathering place. Money for its construction was scarce so community members pledged their own funds while others donated their time, labor and talents. Community members gathered rocks and lumber from the nearby mountains and forged iron from Iron Springs for ornate chandeliers and door hinges. Using local materials made the building unique and also cut costs. The Rock Church is still used today as a place of worship but you are welcome to wander the church grounds. Tours are by appointment only, call Ed at 435-586-6345. 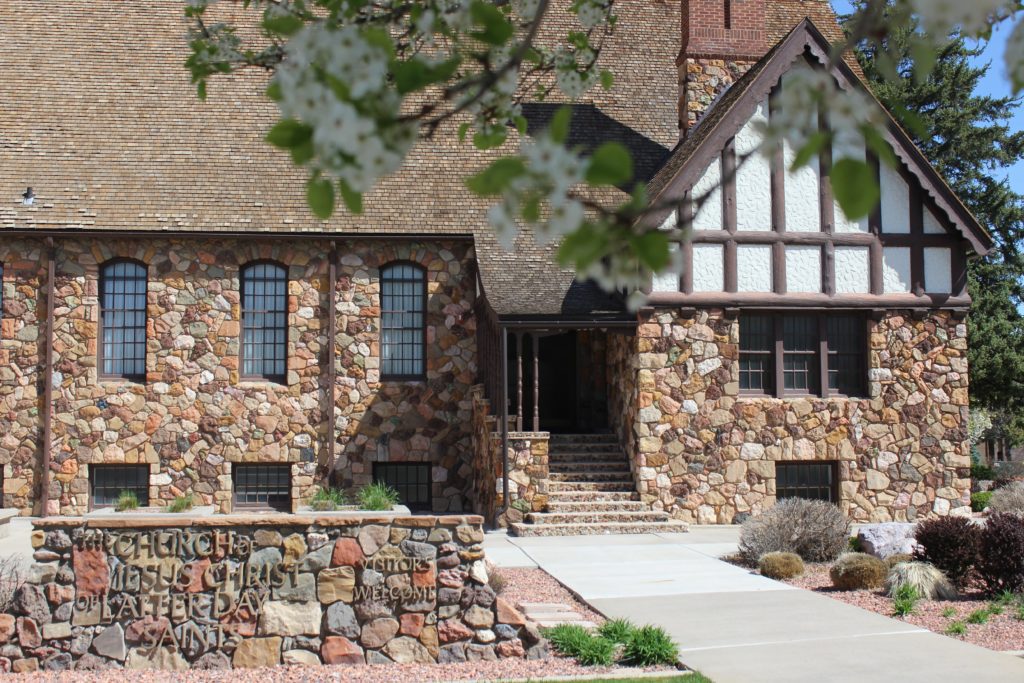 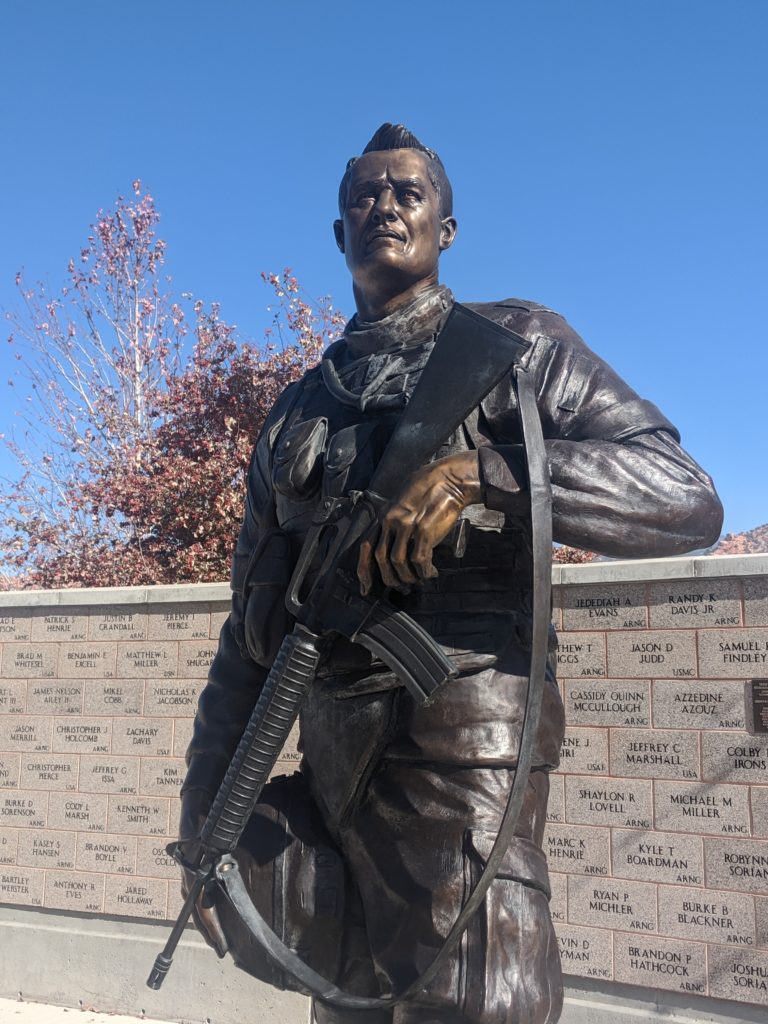 The heroine of China: No one would have predicted the far-reaching impact of this girl born in Cedar City and her Gung Ho initiative that changed an entire nation half a world away. She is revered as one who played an important role in rallying the Chinese people to oppose the occupation of the country by the Japanese in the 1930s. And as one who helped organize support for the Chinese cause in the capitals of the Western World. 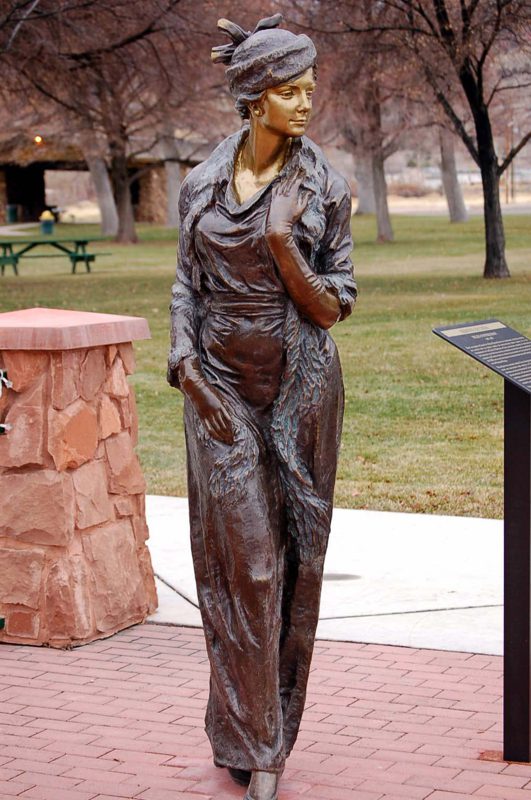 Located on the outside of Cedar City Public Library, the Paiute Monument features several boulders with petroglyphs incised onto the rock face. The petroglyphs represent the stories of the Paiute people. 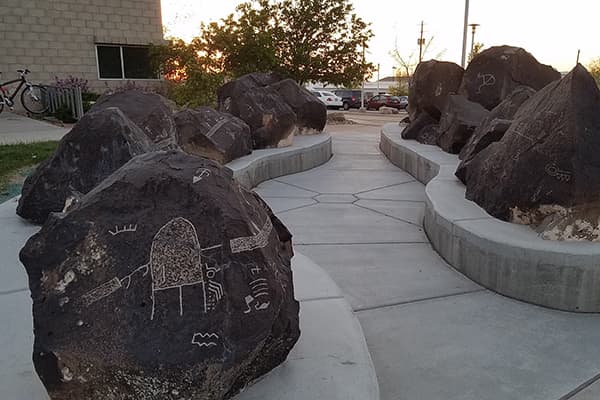 This monument marks the spot where on Sept. 30, 1852, the first iron was manufactured west of the Mississippi River by the Mormon Iron Missionaries sent by Brigham Young. A replica blast furnace similar to the one that stood here can be found at the Frontier Homestead State Park. Attached to a large working waterwheel, it’s hard to miss! At the ruins of Old Iron Town (west of Cedar City via Hwy 56), visitors can see the remnants of Iron Works including a beehive style charcoal oven. 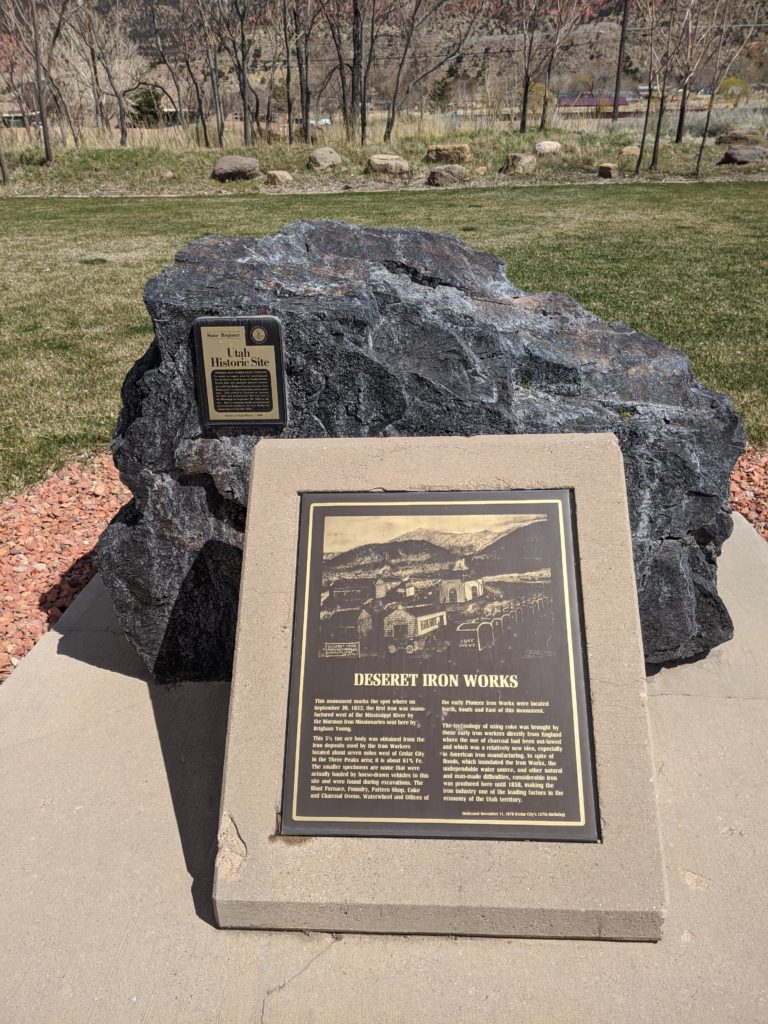 The Thorley building anchored the southern end of Cedar City’s Main Street for many years. Two primary attractions dominated the retail space- Zion Candy Kitchen and the Thorley theatre. The theatre became one of the first in Cedar to show motion pictures including Cecil B. Demille’s Union Pacific. Shot at Iron Springs and using many locals as extras, the film told the story of the creation of the transcontinental railroad. Union Pacific is only one of many Hollywood films shot in the area. Others include: My Friend Flicka, Can’t Help Singing, Proud Rebel, and Drums Along the Mohawk. 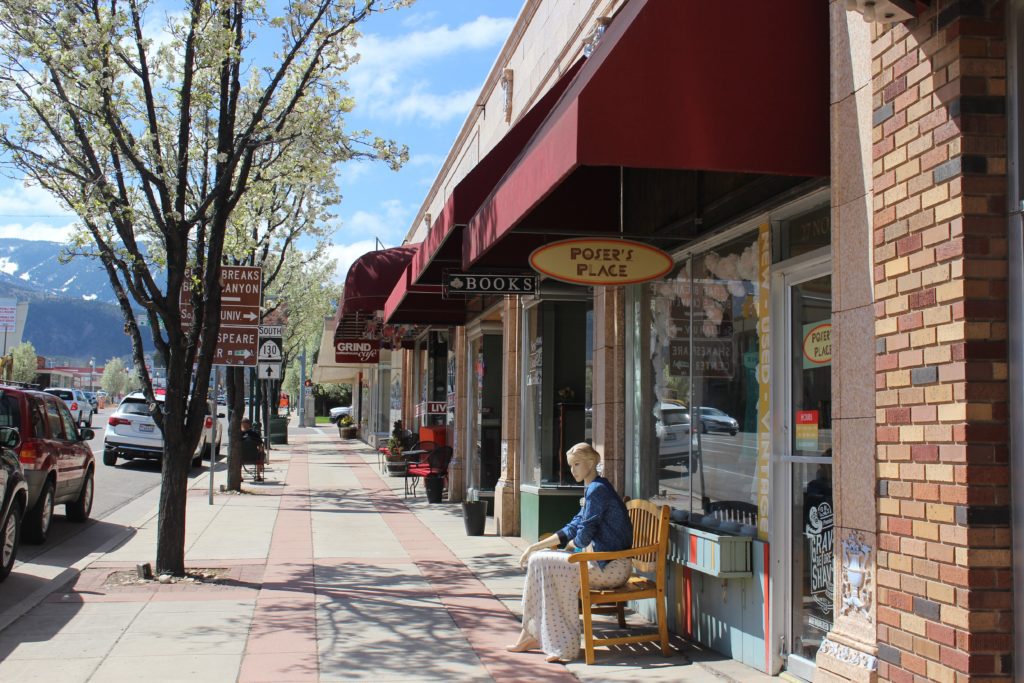 Once, the Cedars Hotel, this is one of the oldest buildings on Main Street and a wonderful example of historic structures serving a present-day purpose. Until the construction of the El Escalante Hotel in 1923, the Cedar’s was the finest hotel in Southern Utah. It was in the lobby of the Cedar’s that brothers Gronway and Chauncey Parry conceived of the Utah Parks Transportation Company. The Parry brothers conducted guided auto tours to Zion, Bryce Canyon, and the North Rim of the Grand Canyon. This enterprise evolved, with Union Pacific as a partner, into the Utah Parks Company, bringing thousands of tourists to the area each year. 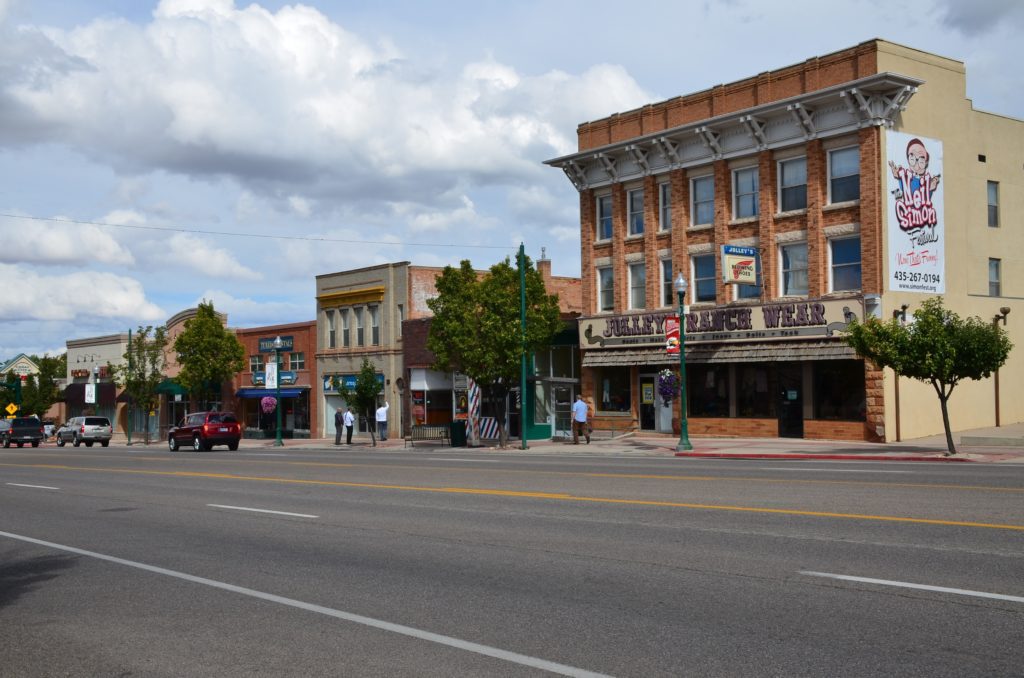