About Us | Cedar City

About Us | Cedar City

Cedar City is a surprisingly cool mountain town that just happens to have world class cultural attractions in astonishing proximity to southwest Utah’s famous Mighty Five® National Parks. We spend a lot of time focusing on the outdoor recreation opportunities and cultural attractions that surround us. But have you ever wanted to just know a little bit more about Cedar City itself? 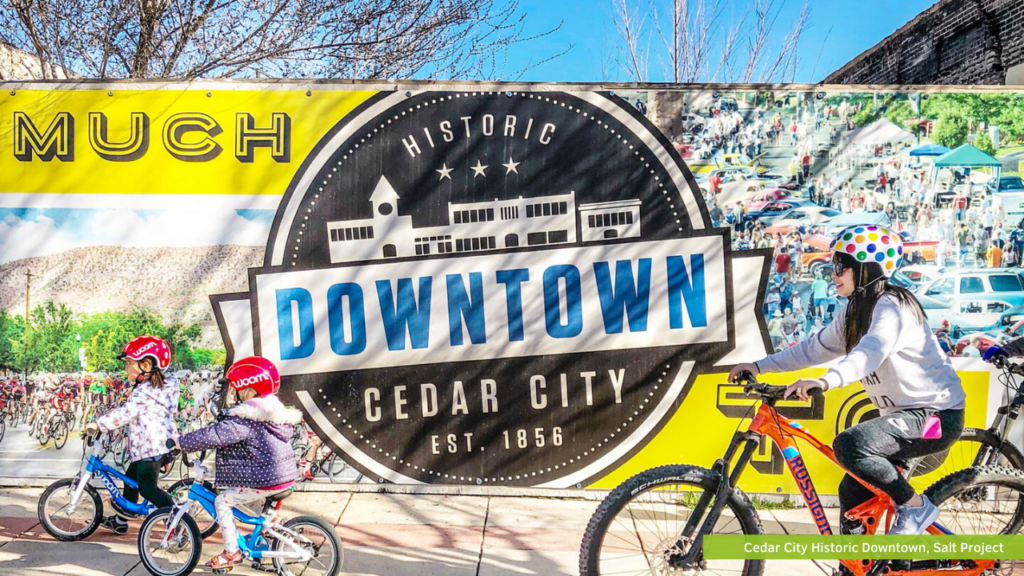 Just the Facts | All About Cedar City

Cedar City is also known as “Festival City, USA” for the plethora of events, taking place year-round from free music festivals, to downtown parades, touring bike races, and there’s even a sheep parade! Though free from crushing traffic and frantic city pacing, Cedar City doesn’t skip on amenities. Historic Downtown is quaint with local shops and an impressive menu of “urban-esque” cuisine and southern Utah’s only winery.

The Home of Southern Utah University

Southern Utah University keeps things interesting with Division I athletics, guest lectures and concerts AND they just happen to be the “Most Outdoorsy University” in the nation. Paved trails weave the perimeter of town connecting you to the great outdoors and miles of recreational paths for mountain biking, hiking and OHV riding. Their campus is beautiful and lined with trees and statues and art installations can be found throughout.

Top 5 Things to do in Cedar City

A post shared by Southern Utah Museum of Art (@suma_museum)

The History of Cedar City

The settlement of Cedar City began in November of 1851 when a group of thirty-five pioneers set out from Parowan (the Mother Town of Southern Utah) and arrived to establish an iron works. The first settlement site was on the north bank of Coal Creek and was given the name of Fort Cedar because of the abundance of trees which were called cedar trees. Though, in reality they are junipers. (oops 🙊) They began building log houses and as those were completed families began to move in from Parowan.

Although mining continued strongly through WWII and into the 1980’s it wasn’t Cedar City’s primary economic focus. The introduction of the railroad to Cedar City in 1923 exposed Utah’s National Parks to the world of tourism. Cedar City was promoted as the “gateway to the parks” and never looked back!

The railroad also provided an outlet for the products of the iron mines. Currently, our economy is based on tourism, agriculture, some mining activities, some industrial complexes, and Southern Utah University. The university brings in about 7,000 students every year to add to our community.